The manifold is also known as the header, and shouldn't be confused with the intake manifold. It's an arrangement of metal pipes that bolt to the exhaust side of the engine, and there is commonly one pipe per cylinder.

They're frequently made of either cast iron, or steel. Between the manifold and the engine there will be a manifold gasket which maintains a gas tight seal between the components.

There are several different manifold designs but the purpose is always the same - to channel the spent exhaust gases into a pipe (or pipes) that run down the length of the car. 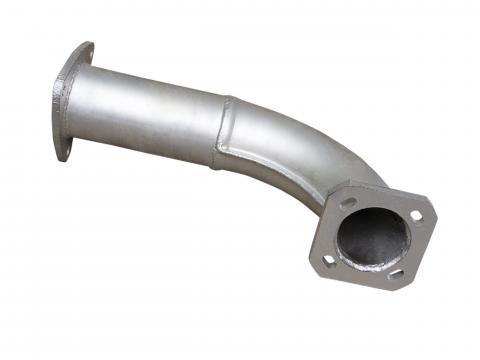 Most cars have a downpipe - This is a pipe that connects the manifold to the catalytic converter (cat). On some cars the cat is integral to the downpipe, and on others there are 'pre cats' which as the name suggests are cats that aid the function of the main catylitic convertor.

The downpipe commonly (but not always) features a 'flexi' section (this is most common on a front wheel drive transverse engine set up). This articulated section of pipe allows the engine to move without risking the vibration damaging the manifold.

Our new OnDemand video tutorials help you fix some of the most common problems you'll face! 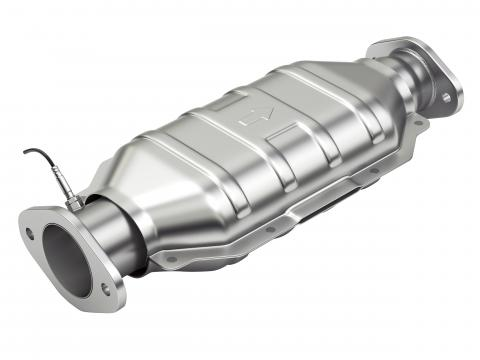 We all know that exhaust gases are a pollutant, and contain some pretty unpleasant substances. The catalytic converter's task is to convert toxic gases into less toxic gases.

The cat features a honeycomb-like structure which increases its surface area. The catalysts within the converter break up nitrogen oxides into nitrogen and oxygen (which are harmless once separated).

There will also be what's known as a lambda sensor mounted to the pipe that enters the cat (and on some cars a similar sensor where the pipe exits the cat). This monitors the gases entering (and exiting) the cat to ensure that it's functioning correctly. 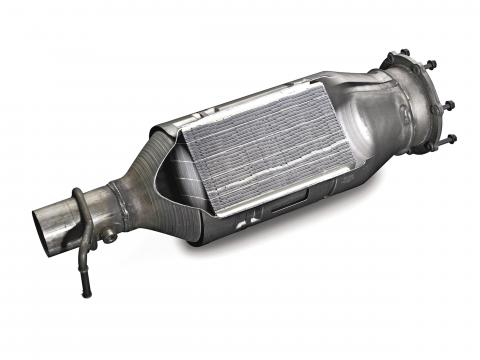 In addition to the cat, all diesel cars now have a diesel particulate filter (DPF). The purpose of the DPF is to filter soot, and other harmful particles from the exhaust gas. The DPF traps the particulates in a series of mesh/honeycomb screens, and it does so until the filter becomes 'full'.

Once full the car starts a process known as regeneration (often shortened to regen). This is where the ECU raises the exhaust gas temperatures to such a point that the particulates burns off and are converted into less harmful ash.

Often this process is carried out as you drive without you even realizing. You may notice the engine being slightly more hesitant, there may even be a faint burning smell, and you;ll notice the cooling fans stay on for longer (and occasionally remain on once you’ve stopped the car, indicating that the regen hasn’t completed its full 'cycle'.

If you don't complete successive regens, and particularly when the car has only been used for short journeys, the DPF can become blocked. A 'forced regen' is then required whereby the ECU is triggered via a diagnostic tool into undertaking a regen. If this fails a replacement DPF is required. 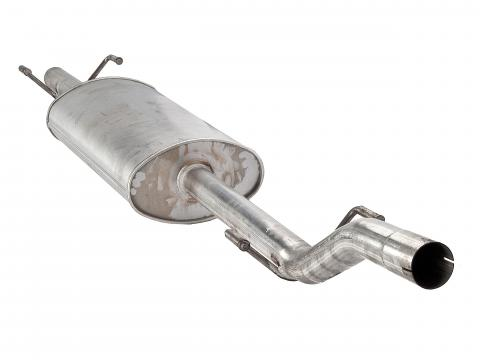 It's not uncommon to find the exhaust the centre section and back box made as one piece, but as exhausts tend not to wear out evenly along their length, they can buy separate sections and cut and join in new sections.

The centre section frequently contains at least one silencer (or muffler) this is a large 'box' which contains an arrangement of pipes (and occasionally wadding) and this functions to quieten the noise generated by the engine.

The more silencers you have the quieter the exhaust note, but too many silencers can restrict the flow of gas, hampering performance and efficiency. 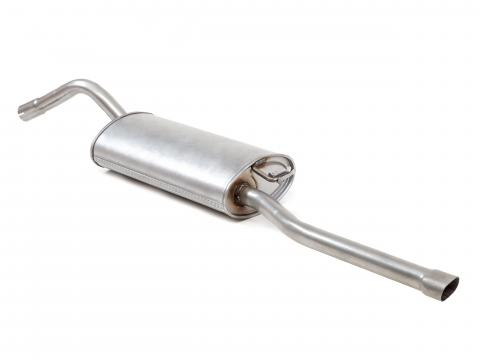 At the rear of the car where the exhaust exits there will commonly be a back box silencer with a tailpipe, or tailpipes connected to it. This is often connected to the centre section via a sleeved fitting. The design and size of the tailpipes can alter the sound produced by the exhaust system.

As you drive the exhaust moves (which is why engine mounts allow for movement). If the exhaust was bolted directly to the underside of the car the movement of the engine could easily crack, and damage the exhaust.

To prevent this exhaust systems are suspended via a series of rubber (or polyurethane) hangers. These can often fail before the exhaust, so its worth checking yours periodically.